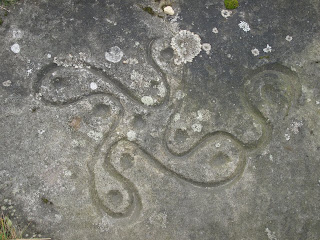 Having purchased the Yorkshire Bouldering Guide I decided I could kill two birds with one stone, visit my brother and check out some bouldering. We headed for Swastika Rocks, bit esoteric! Not a huge number of problems but a good spread of grades for my brother and I to get stuck into for an afternoon of sport. The classics of the crag are the aretes - Barn Door and Christmas Day, and the excellent Walking the Dog. 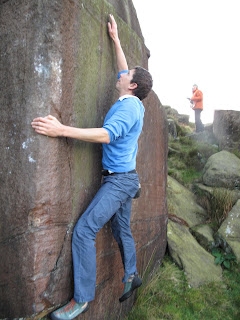 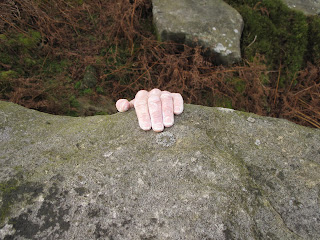 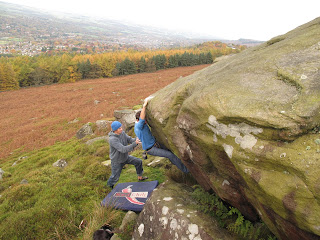 Stu Turner on The Badger and Christmas Day Arete above.
Posted by Andy Turner at 13:56 No comments:

Coming soon to a shop near you!

Here's the new range of Petzl tools, looking forward to my set of Ergo's arriving they look amazing!

Check this out for some inspiration!

Lets hope it's this good this winter. 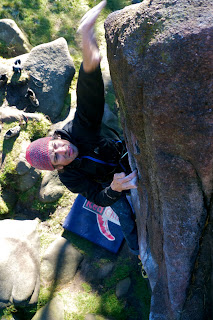 Winter is coming - which means tha it's perfect grit weather. If the season carries on I might never have to go north of the border again. Having missed most previous grit seasons I have found myself back in the Peak this year with plenty of opportunity to go out and realise what I've been missing. At the moment the Grit List is longer than the Winter List!
The Grit List has been created by Ruth whilst she is lying around on the sofa recuperating from an operation on her back - not sure whether this is her wish list or she just wants me to get really scared. But at least it's given me something to focus on although I think I might lose a few of the entries. 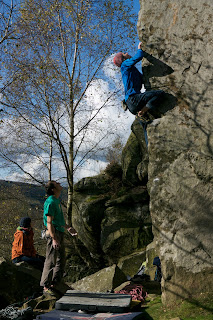 The last few days has seen hits to New Mills Torrs (AKA rainproof Climbing), Froggatt and The Roaches, the latter two days under perfect blue sky, and with amazing friction. Ticking some classics, Great Slab, Ascent of Man, Wings of Unreason....... but also scoping out some projects such as Narcissus. 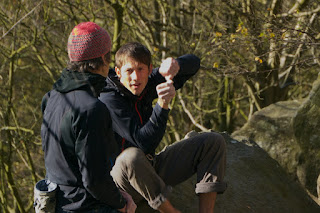 Thanks go to Ian Hey for photos, and a good effort to the Warehouse Project team who still made it out to Froggatt on the sunday.
Posted by Andy Turner at 12:57 No comments: