When I booked onto  trip to Lewis a few weeks ago I was not prepared for it to be quite so amazing! Not only did we have a full 9 days of sunshine, but because of the sometimes quite punishing wind there wasn't a pesky midge in sight - even the scottish super-midge couldn't fly in that! Result!

Before taking the offer of the trip I hadn't really looked into the climbing that much, of course I'd heard of Prozac Link and various friends had been and sent back reports of amazing looking crags and quite a bit of rain! So I cracked out my Gary Latter guide and had a good look at what was going to be on offer......the short answer to that was LOADS!!! Prozac Link I have to admit was pretty high up my list of "must do" routes but there is sooooo much rock to go at.

We arrived in the middle of the heatwave and I was like a kid in a sweet shop! It felt like you were missing out climbing a 3 star route as there were so many 4 star classics to go at. I never had to walk more than about 15 minutes from the car and there were new routes before breakfast! The crags were mostly small yet perfectly formed apart from the Screaming Geo where Prozac Link can be found, which is a whole heap bigger. What a route!! I can see how it made it into a "routes to do before you die" article a few years ago, an incredible journey across the cliff above a huge cave. 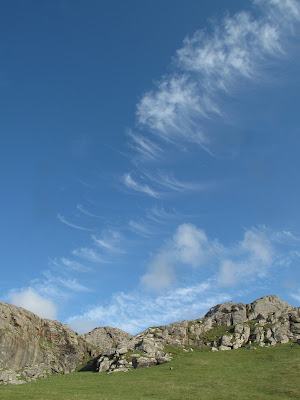 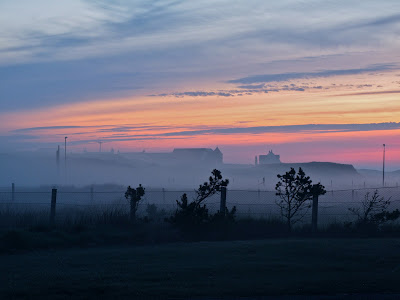 Other highlights were Painted Wall, Limpet Crack and then a few handfuls of new routes up to around E4 and even a couple of new DWS's - Ruth would be proud! When I eventually get around to coming up with names and all that I'll be sending them off to the SMC, so I imagine they'll be in a book one day. Also look out for Mike Hutton's photos and words.

Thanks to Martin Kocsis for the invite and climbing with me, Mike for climbing and photo-ing and other members of the Mynydd Climbing Club (Rach, Mitch, Paul, Elaine, Dave, Wendy, Marcus and Steve) who were a bit disappointed when the wrong Andy/i Turner turned up!