In a search for new routes to have a go at I've been revisiting White Goods in North Wales the last few weeks. I've been there on numerous occasions in the past and climbed everything I thought I could do, without getting into the realms of upside down antics.
With the World cup season rapidly approaching I was keen to try and hone my skills on routes that used natural placements rather than the drilled pockets of Hodge or Masson. So now having spent the last couple of years sport mixed climbing I thought it was time for a visit to put a few more routes to rest.
The crag has seen a lot of action the last few years with lots of new routes going up particularly in the easier grades and all the steeper routes now have in situ quick draws which makes the whole experience a lot more pleasant.  Ready Steady Hook springs to mind as one of those routes and definitely worth more than one star. The route that had been on my radar for a while though was a line Rob Gibson had bolted a number of years ago down at the Power Pact area which was to become Stumpman after the 1st ascent by Tim Emmett (he gave it M11). I'd been in this cave before with the man himself Mr Emmett on my last visit a couple of years earlier and was faintly terrified, not by the steepness of the place but by the looseness. The place is literally waiting to fall down, you're constantly looking above your head checking there's no hanging death waiting to detach itself on your head. I swore never to go back.
Anyway with the desire to do Stumpman I convinced myself it would all be fine. So last weekend myself, Dave Garry and Matt Pritchard headed in there, and surprisingly the place was still standing! With a little persuading Dave agreed to put the clips in and work out the moves, I watched from the safety of the tree canopy. When it was my turn to climb even the entry section of climbing scared me, lots of big blocks perched on ledges and the customary White goods shale on every ledge. Committing to the roof traverse saw me stopped in my tracks after just one clip convinced the whole roof was about to collapse. I asked to be lowered to the ground.

Both Matt and Dave had their goes whilst I was feeling pretty ashamed of my performance. It was time to man up and get on with it. With my skirt firmly tucked into my harness I tied in once more. Quickly coming to terms with the looseness I found myself at the end of the traverse looking up the final finishing groove only to kick myself for asking Dave to strip the route of it's final few draws. Not wanting to risk falling and caning myself in the tree stumps below I annoyingly ask to be lowered off.
Both myself and Dave were keen to get back on the route as soon as, so early wednesday morning we found ourselves back at the crag this time armed with a bow saw to try and cut down the tree that Tim had stood in to give the route its name. We were keen to try and repeat the route without standing on the tree. 3hrs later feeling like what was supposed to be our warm up had now become our nightmare - the tree just wouldn't go down. And before anyone complains the tree is well and truly dead.

Having given up all hope and rapidly running out of time we decided to do the route anyway. Dave's first ago saw him tied in knots with fig 4's and 9's but gave me a reminder of where the holds were.
Feeling well and truly warmed up from all the sawing I managed to cruise out along the traverse to where I'd got to the previous attempt this time clipping a long draw from above and avoiding the tree. A few shaky moves later saw me clipping the chains. Dave took a couple more attempts to bag the route before we both ran away as Dave had to shoot off to work to go and save lives.
As for the grade without the tree??? Keeping in line with all the routes I've been doing at hodge and trying to compare I'd give it M10+, so with the tree a touch easier and M10? A brilliant line once you get your head around the looseness of the place. Nice one Rob for bolting it.
Posted by Andy Turner at 22:04 1 comment:

Last weekend I organised a get together at The Works in the Lake District. The idea being to get folk that were interested in dry tooling and potentially competition climbing. Although this wasn't publicised widely (we all know what happened last time!) the network of Facebook etc saw an amazing turnout.
Saturday saw around 20 people at the crag, some having a go for the first time and with, the usual suspects who train there a lot and a strong contingent from north of the border too.

It was a great event and gave everyone the chance to catch up, meet keen like minded people and to get some more information on the competition climbing scene. Judging by the reaction it's looking like Team GB Ice Climbing could have a bright future. Great to see some of the youth climbers getting involved with Emma Powell and Tim Miller looking like strong contenders for a trip to the Youth World Championship in Champagny.

Big thank you to everyone for turning up and supporting the event and hope it's got some of you fired up for having a go.


Also in attendance was Steve Ashworth from MOViE iT who has put together this film which tells you a bit about the weekend and the competitions generally - thanks Steve and enjoy!

Dry Tooling with Andy Turner. from MOViE iT on Vimeo.

Anyone that's been on Facebook may have noticed that I have been selected to go to the Winter Olympics in Sochi in Feb 2014 - which is pretty amazing and super cool.
The slight spanner in the works is that these things cost a whole heap of cash, and anyone that knows me at all also knows that's not something I have! (Yes, alright I could do more work, but that would mean less training, smaller guns and no place at the Olympics.)
So, I'm currently in the process of trying to drum up some sponsorship from any and all available sources. Ramon and Ruth have put together this to help the cause along, so feel free to share as much as you can and recommend me to any of your rich friends! Massive thanks to Lukasz, Andy, Ian, Tony, Sam and Ray for the photos too.

If anyone would like the file sending over then please get in touch here, via Facebook or e-mail me at andyturnerclimbing@gmail.com 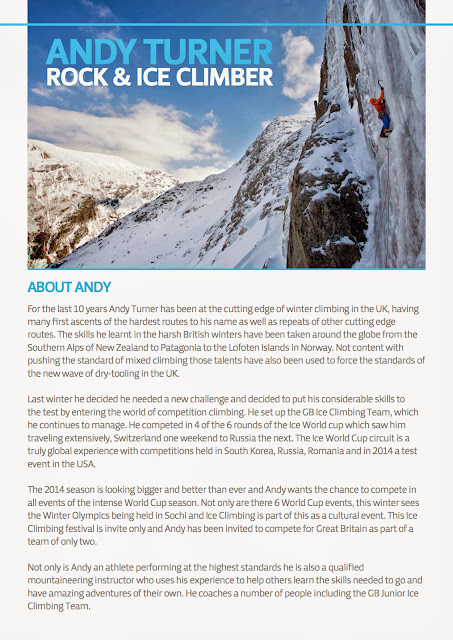 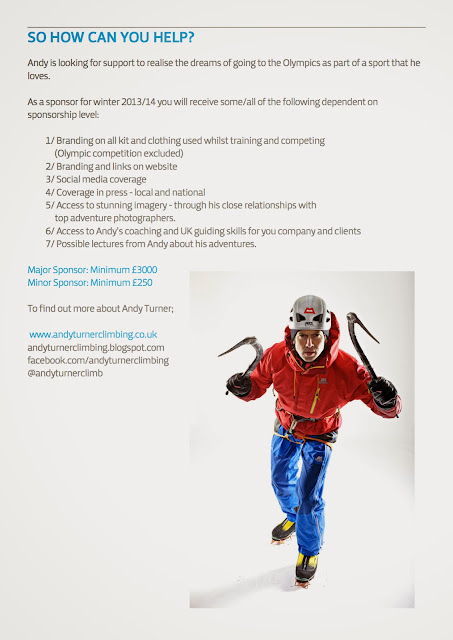 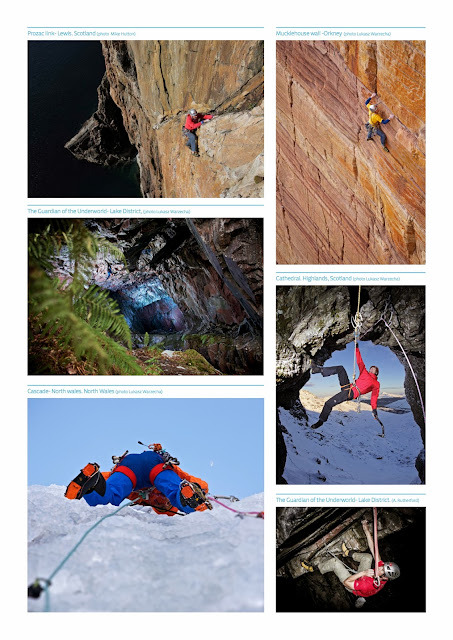 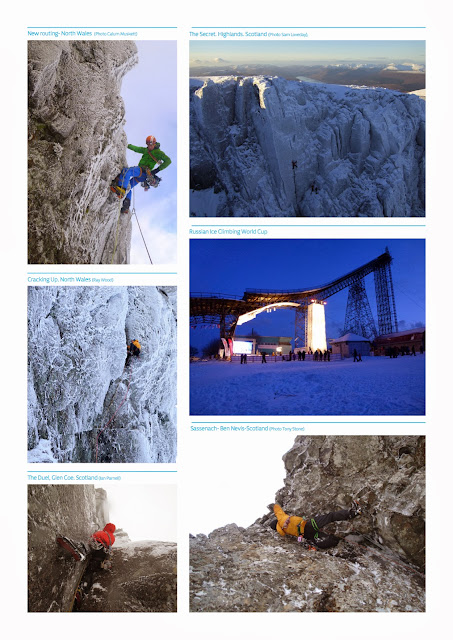